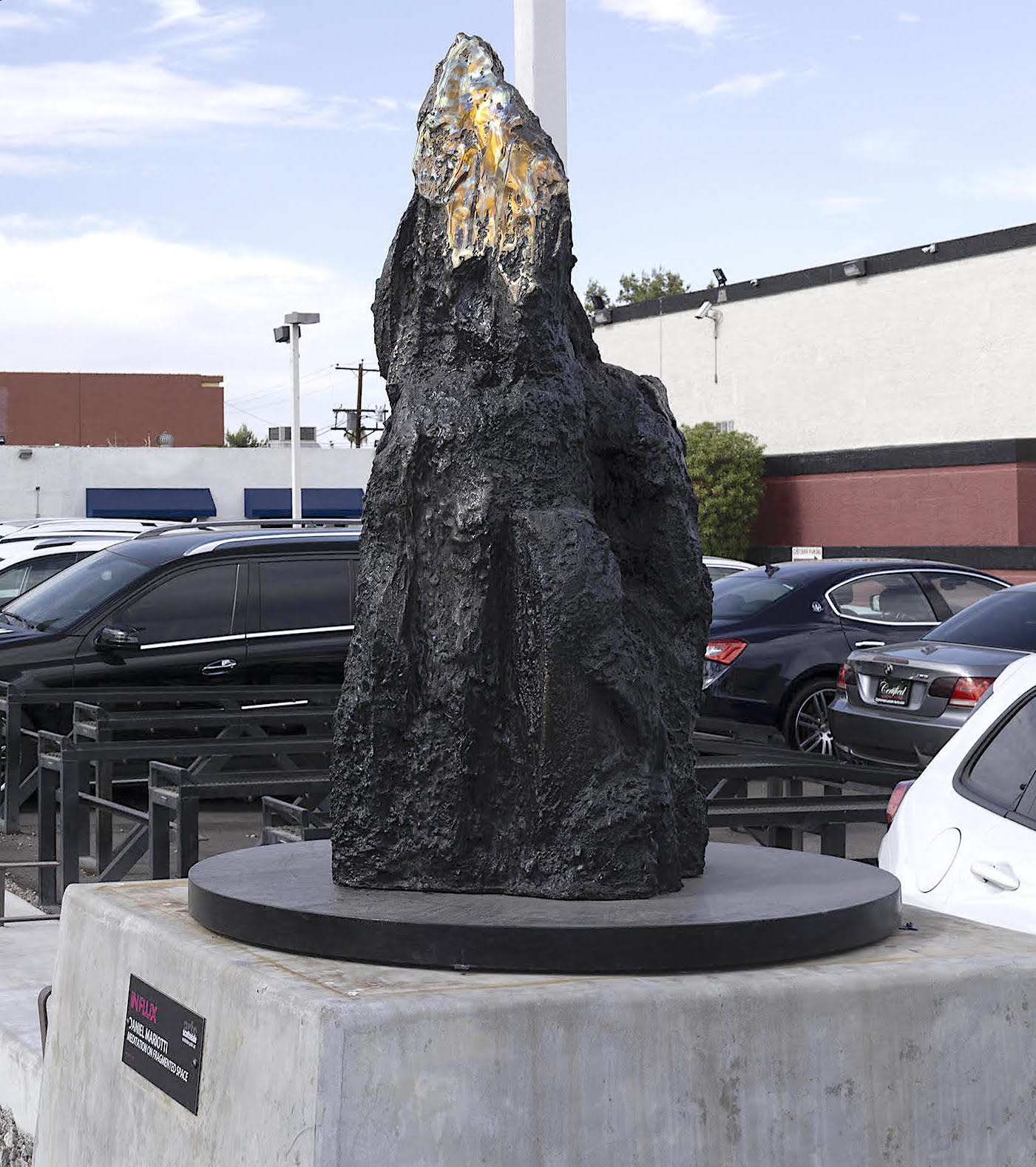 Read: IN FLUX In Depth with Daniel Mariotti by Scottsdale Public Art

Daniel Mariotti recasts visual content to create new references that allow viewers a moment of pause and consideration. With Meditation on Fragmented Space, his intent is to allow the viewer to disrupt their day and see themselves in the context of a public art piece. It is his hope that this piece offers something that resonates with the childlike wonder that pushes him to continue to create art and engage with the world around him. This sculpture is about offering viewers the opportunity to pull one’s self out of their reality into something different.

His work has been published by LUX magazine (2014, 2015), HAFNY (Humble Arts Foundation, 2017), Light Leaked (2017), APÉRO magazine (2018), and Average Art in the UK. He has exhibited in Tohono Chul (Tucson), The Lion’s Den (Austin, Texas), Modified Arts (Phoenix), Millepiani (Rome), and most recently with Fronteer Arts and Platforms Project (Athens).

IN FLUX Cycle 9 held its Call to Artists in September of 2019. From the submissions, 15 artists were selected and temporary public artworks were commissioned. The work commissioned by the selected visual artists was installed in 2020. The work by the selected performing artists is postponed due to COVID-19. The artwork will be on display through Spring 2021.