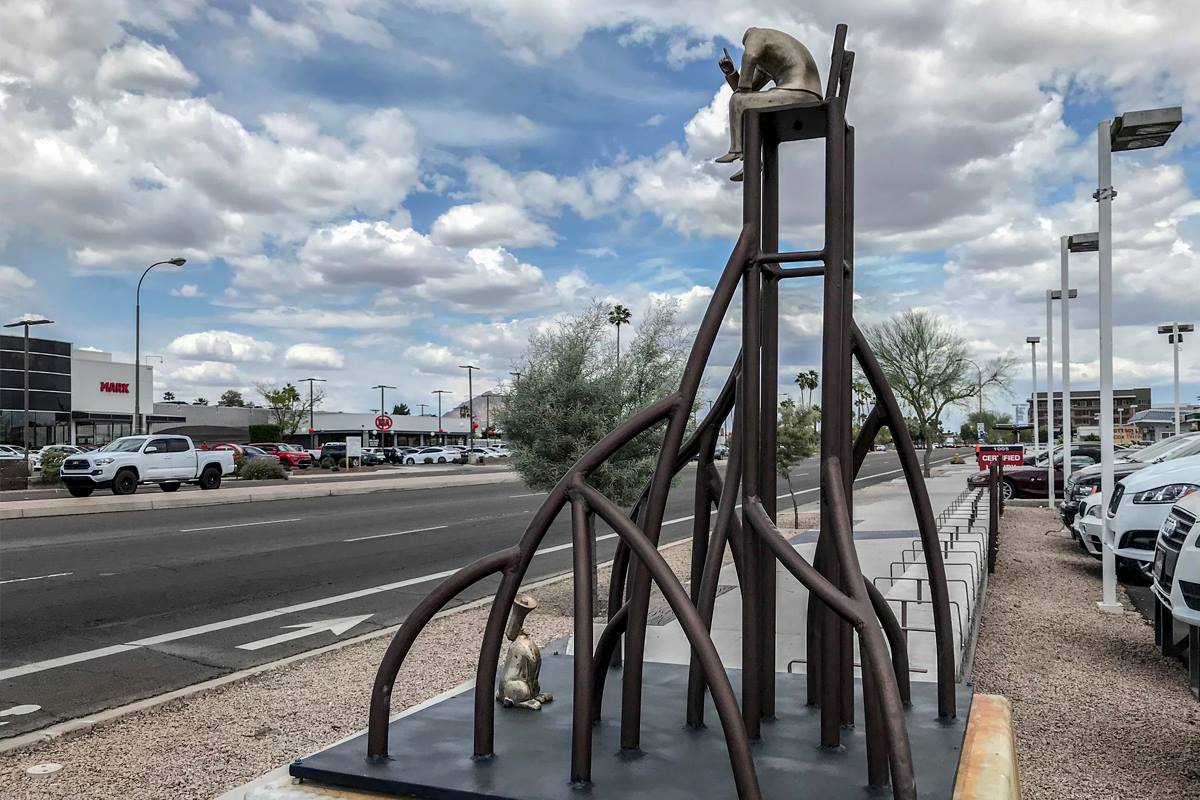 The observation of actions and scenes taking place around his is one of Min Kyu Kim’s favorite activities, and his artistic inspirations often come from those visual experience. Especially when it comes to people’s social interactions, how they look at a glance, what they are doing, their gestures, facial expressions, outfit – every element that represents an individual intrigues his.

The headless figures are derived from his experience living in Korea and Japan, wherein one of the most interesting sights was watching countless people in identical outfits, such as suits and uniforms. The irony of the most common method to express individuality being suppressed by uniformity of the mob led his to create figures headless to remove the presence of individual identity. Likewise, either with his bare senses or through a screen, all the unpredictable and unique elements of the nature inspire his; and whenever he sees aged trees, they have always overwhelmed his mind and the feeling of how small we are in comparison impacted his profoundly. Therefore, juxtaposed to the headless human forms the tree represents a completely opposite theme – they are the incarnation of the freedom of wild nature.

From these two distinct ideas, he has developed a series of “scenes” with surreal atmosphere. However, instead of providing a fixed explanation he lets the viewers to visually inspect, interact, and discuss about it as he respects the fact that every individual’s experience is different and unique. Then, he just loves to watch and listen.

IN FLUX Cycle 8 held its Call to Artists in September of 2018. Coffee Talk sessions answered questions from artists interested in participating. From the submissions, 10 artists were selected and temporary public artworks were commissioned, created and installed in April 2019. They will be on view for one year.